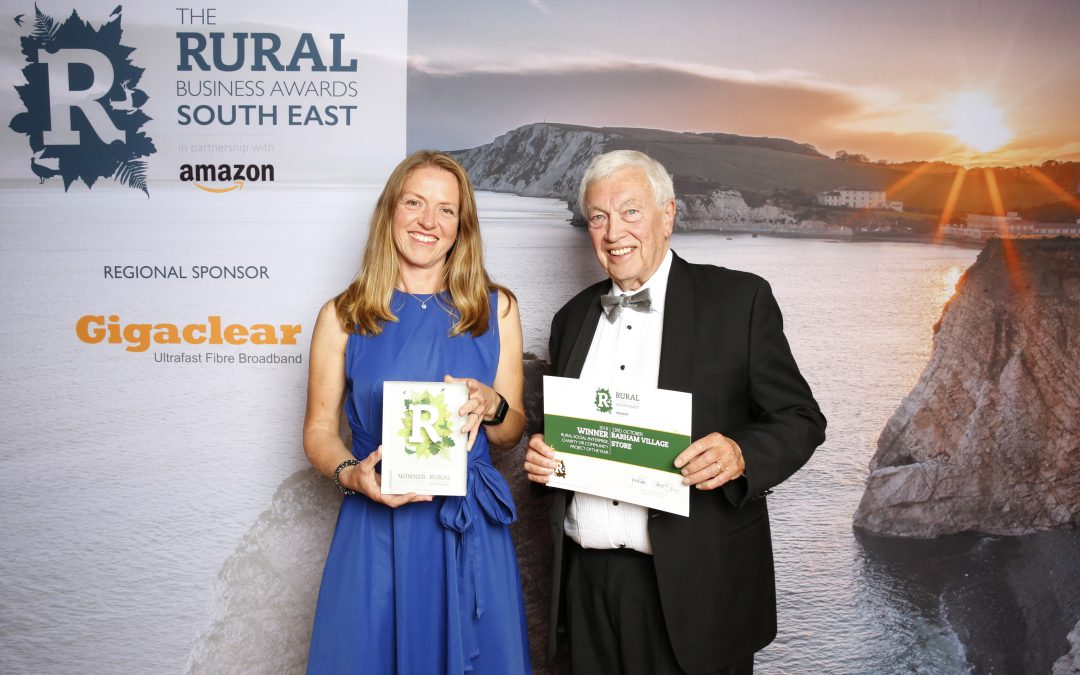 Another award and a significant one. The Rural Business Group is a serious organisation dedicated to the interests nationwide of rural businesses. It is the same group which invited us to represent community led businesses at the recent meeting at No 10 and now we have been voted the best in the south east which covers an area from Hampshire to Berkshire, Oxfordshire, Sussex, Kent and counties in between.

The judges praised the efforts made by the community to set up NCS in the first place and to turn it in to a financially successful enterprise. Above all, however, they were impressed by the range of our stock which they considered to be well above that found in a conventional village store, by the amazing number of volunteers and their commitment and finally that the profits made were being poured back into the community via our associated charity, the Nailbourne Community Foundation. They also commented that by buying from so many local suppliers we were giving great support to other Kent businesses.

It is therefore, once again, time to thank and pay tribute to all our volunteers, for helping us achieve this. What would we do without them? Not just those who work at the till but all those who carry out all important tasks behind the scenes, stacking shelves, checking sell by dates, wrapping pies, ferrying orders and cleaning up after us.

We are now in the National Finals of this particular competition to be held on February 28th. We have a chance as do the other 5 finalists so fingers crossed but to be one in half a dozen is itself an accolade we could not have expected 3 years ago

Keep up the good work!